Minimum invasive, minimum scar, correct curvature legs simultaneously and established surgical method to minimize x-shaped leg occur. LON is a method first introduced in the mid-1990s by Dr. Paley. During 1st stage surgery, an intramedullary nail is inserted at the same time as the external fixator, so during the lengthening period intramedullary nail prevent angular deformity. And when lengthening is complete, the external fixator can be removed with the completion of the internal fixation(screw insertion). This method was a groundbreaking development compared to the original method that only involved the use of an external fixator (Ilizarov). Even today, many limb lengthening surgeons around the world use this method.

Lengthening And Then Nail (LATN)

Rehabilitation period shorten over 6 weeks compared to LON, possible to return back to everyday life quickly, abundant bone regeneration formation. In the case of LATN, during 1st stage surgery, only an external fixator is installed, and after full lengthening, during 2nd stage surgery, the external fixator is removed and an intramedullary nail is inserted. During 1st stage surgery, future space needed for the internal rod needs to be considered when determining the positions for the external fixator pins. Also, the correction process before 2nd stage surgery requires much knowledge and care from the doctor. Rather than simply using the Ilizarov, computer assisted fixator systems like the Hexapod or ORTHO SUV must be used for accurate correction. Also, since the intramedullary nail is inserted during 2nd state surgery, the fixation is much stronger, and the rate of callus production accelerates after 2nd stage. A large advantage of LATN is that bone formation is fast and because of strong internal fixation, compared to LON, patients can return to normal activity 2 or more months faster. Also, since it undergoes a correction process, precise bone alignment can be met. One drawback is that the amount of time wearing the external fixator may be 2 or 3 weeks longer than LON, because of the correction process.

How much does Limb Lengthening Surgery cost?

You can find our Surgery Cost information here:

What is covered in the cost of surgery?

Surgery cost, anesthesiologist fees, hospital stay until the removal of external fixator, all the diagnostic tests, blood tests, all x-rays: up to 12 weeks, all office visits and follow-ups: up to 12 weeks for one area; up to 14 weeks femurs plus tibias combined, physical therapy; up to 12 weeks femur or tibia; femur plus tibia combined up to 14 weeks, wheelchair, walker, crutches, nurse, medication, disinfecting medicine, high-speed internet, translator, airport pick up and drop off.

How many centimeters can I gain after Leg Lengthening Surgery?

For cosmetic reasons, it is preferable not to lengthen over 6-8 cm per segment. We believe that safety and health of our patients need to come first. It is extremely dangerous and risky to attempt lengthening femurs more than 8 cm and tibia more than 7 cm. If a patient desires to gain, for example, something between 10-15 cm, it is more reasonable to get 5-8 cm on femur, then later 5-7 cm on tibia, rather than attempting to lengthen 10 cm on one bone section. The flexibility of your legs is also important. The more flexible your legs are, the more relaxed you will be during the lengthening.

What is the recovery time after the surgery?

3-4 months before you can walk without any assistance.

When can I return to normal life after the surgery?

You can return to your normal life after 6-8 months from the surgery.

When do I remove the nails? What is the cost? How long do I need to stay for that?

When can I run after leg lengthening surgery?

When the new bone which forms is fully ‘consolidated’ you can return to any activities you were enjoying prior to limb lengthening surgery. Initially you will need to adjust to the new length of your muscles but it shouldn’t take you long. Also the muscles will be initially weaker but with exercising you will regain the strength.

When can I play competitive sports, such as, soccer, tennis, or basketball, etc, again?

It may take up to a year to go back to do competitive sports, such as, soccer, tennis, or basketball.

How are the scars from surgery?

We use a minimally invasive method to put the lengthening device and these scars are so small they are not very noticeable. It looks like a mosquito bite, and it gets less visible as time goes by.

When can I go back to my country after the surgery?

Can I get financing to help pay for the surgery?

Unfortunately, we do not provide financing.

How painful is the Surgery?

Usually, the first 1-2 days after limb lengthening surgery are painful but our hospital uses both anesthesias (8hrs) and ultrasound-guided selective nerve block (36 hrs), so most of our patients have been dealing really well with the pain; we have both general anesthesiologists and subspecialty pain anesthesiologists to control the pain. And we also provide enough medication to feel comfortable.

We will send you a confirmation within 24 hours. 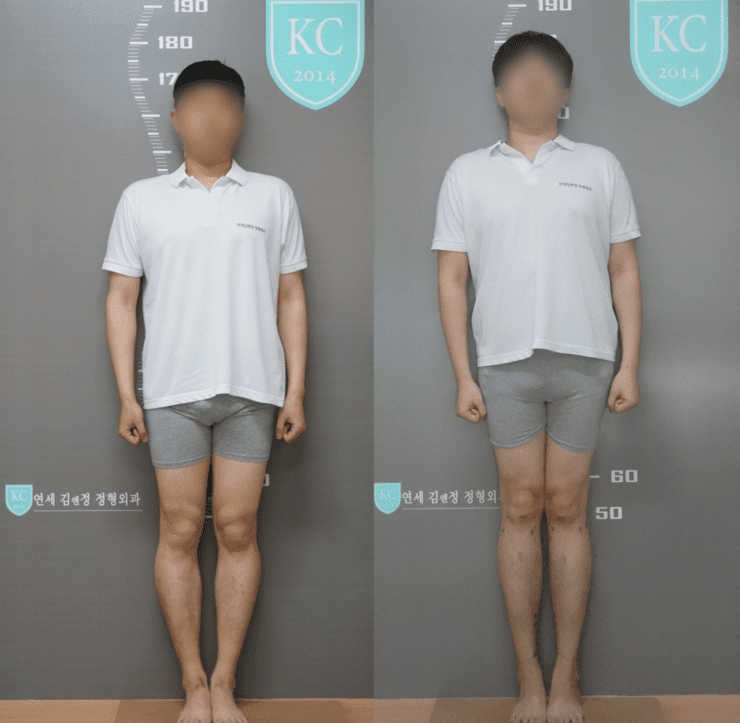 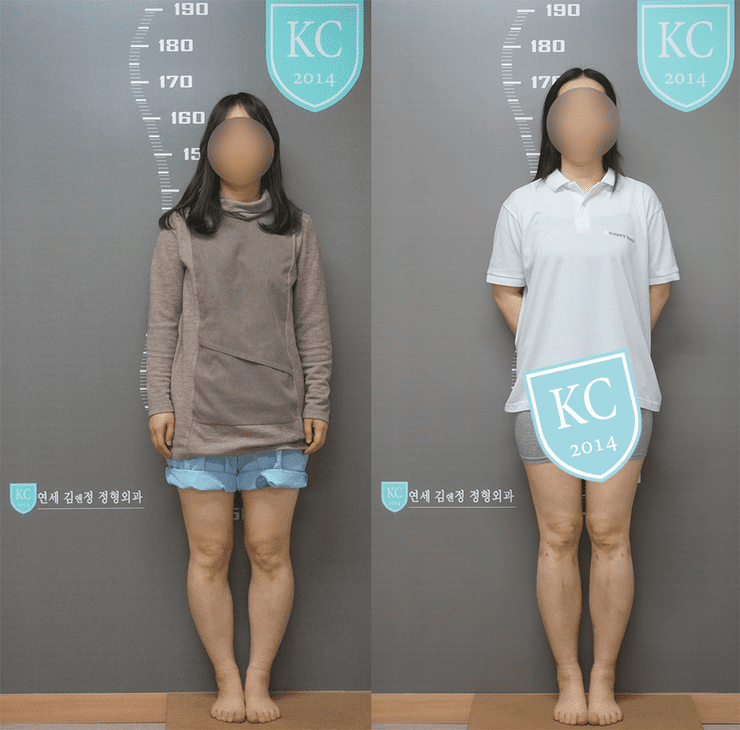 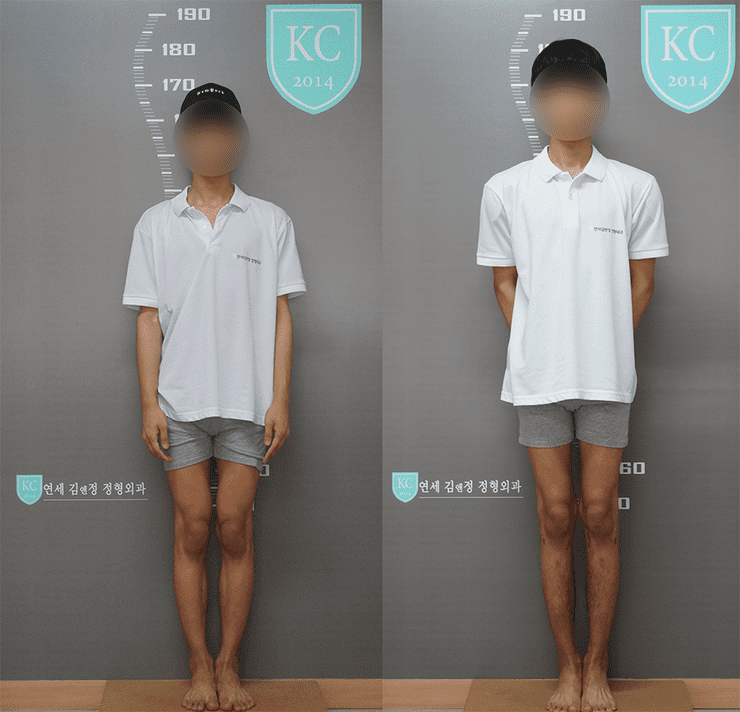 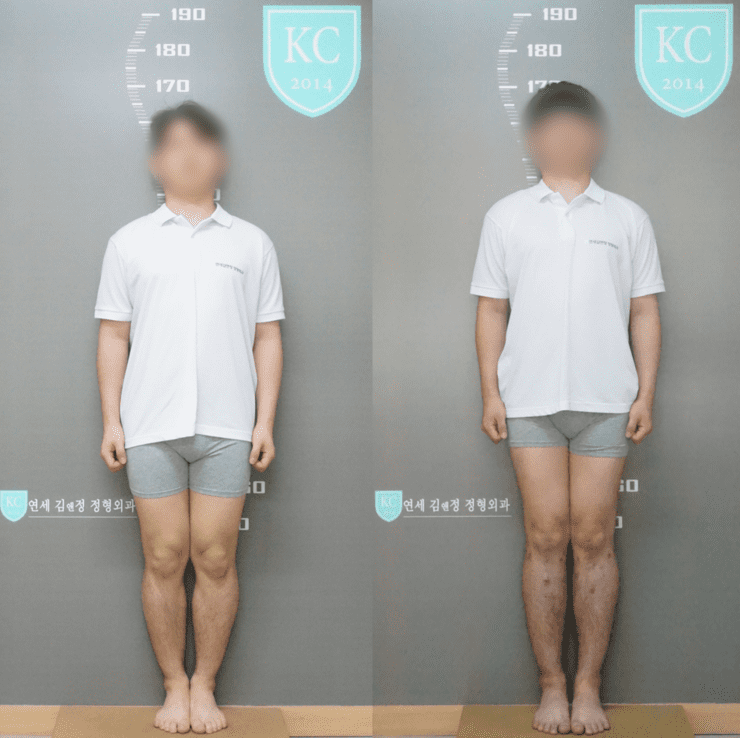 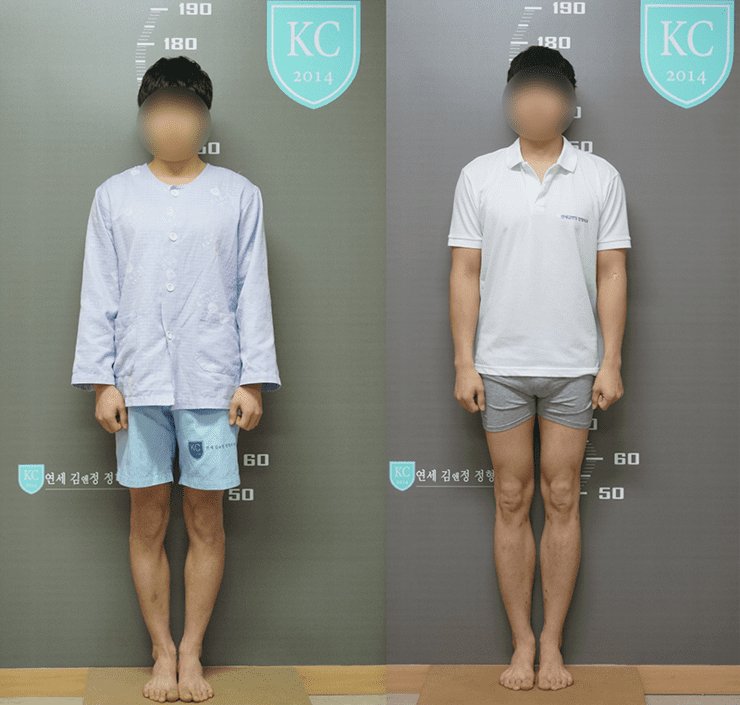 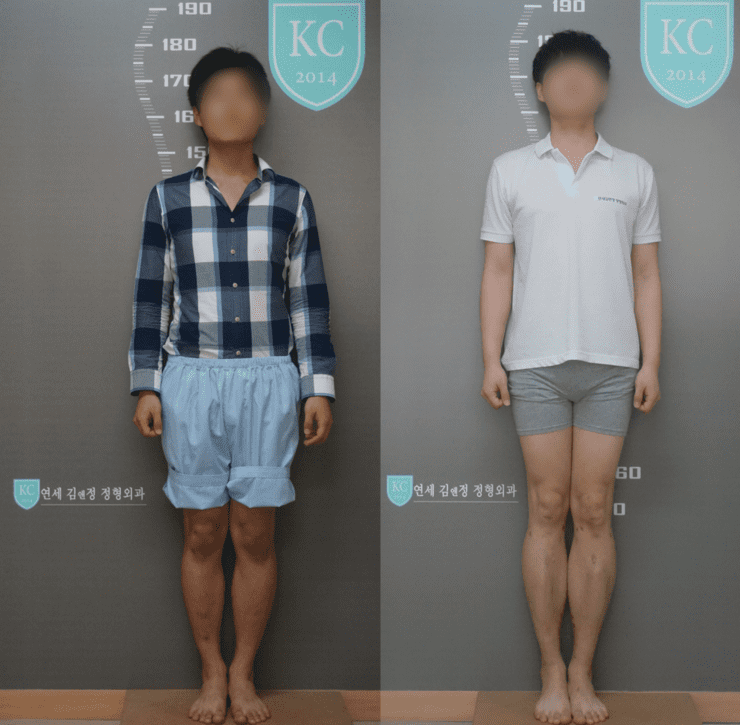 Yonsei Kim And Chung Orthopedic Clinic combines the professionalism of doctors who have performed more than 5,000 joint and deformity surgeries, minimally invasive surgical procedures and high level limb lengthening and deformity correction surgeries.
Yonsei Kim And Chung Orthopaedic Clinic was started by professional joint and spine doctors from Yonsei Severance Hospital, focusing on the needed “Era of Trustworthy Medical Centers.” Based on this, we are overcoming the limitations of a university hospital and are known for professionalism, efficiency and the most suitable facilities for both physiotherapy and nurse teams. With our high skill level, we stubbornly continue to offer treatments that “We would do for our own families.” Our vision is to become the most reliable medical center which gives patients a clear diagnosis with the necessary treatment.
Learn More